Skip to navigation
CAN’T MAKE IT TO OUR OFFICE? WE CAN COME TO YOU. REACH OUT TODAY 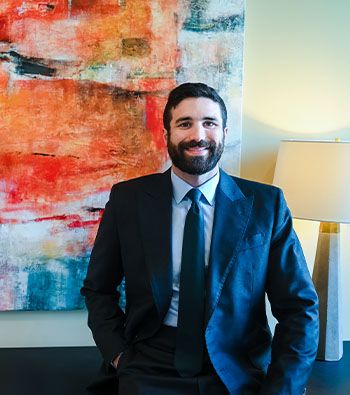 Ronald W. Cobb, III joined McDevitt Law Offices, P.C. in 2013. He concentrates his legal practice on cases involving catastrophic personal injury, products liability, medical negligence and wrongful death. Since joining the firm, Ron has personally secured millions of dollars on behalf of his clients as the result of settlement or trial.

Ron is known as a dedicated advocate and he prides himself on giving each case the highest level of personal attention. This approach has not gone unnoticed by his peers. He has been selected as an Emerging Lawyer by Leading Lawyers in each year since 2016 in recognition of his successes at trial. This national distinction is reserved for less than 2% of attorneys under the age of 40 who have demonstrated outstanding aptitude for the practice of law.

Ron obtained his bachelor’s degree from the University of Illinois before graduating from DePaul University College of Law. He is admitted to practice in the State of Illinois and the United States District Court for the Northern District of Illinois. Additional credentials include membership in the Illinois State Bar Association, Illinois Trial Lawyers Association and the American Association for Justice.

When not practicing law, Ron enjoys spending time with his friends and family in Chicago. He can usually be found exploring the Chicago culinary scene or at his favorite local gym. He also frequently travels west to pursue his numerous outdoor hobbies in all seasons.